>>WORSHIP IN-PERSON SUNDAYS AT 10AM. (Safe practices are in place.)

>> CRITICAL MESSAGE for EVERY SAINT! PUSH–Pray Until Something Happens. 1 Thessalonians 5:17 -Pray without ceasing…DON’T TAKE A BREAK FROM PRAYING! Don’t do anything UNTIL YOU PRAY FIRST!

>> Did you miss Bible Study? There’s nothing like being at VLFC on Tuesdays at 7 pm. Each class is a master class.)

Click Here to Get the Bible Study Notes  – “What Does It Mean to Wait on the Lord and What Do Distractions Look Like?”

8:30 pm daily personal/family prayer: This week’s prayer assignment – Pray for the USA , Law Enforcement, your marriages, your families, and pray for the salvation of souls and repent for your sins daily.

>> YEAR-LONG FOCUS: BE READY. You must be in Christ for the long haul. God develops believers in three stages: 1. Demonstration; 2. Manifestation; and 3. Transformation. Join us at Tuesday Bible Study at 7 pm to learn how to live “ready for Christ”!

>> REVIEW BIBLE STUDY NOTES
Renew your mind with the Word of God. Visit the Bible Study page for a recap of our latest study on “Standing for Truth”.

>> WANT MORE POWER?
Join us on our corporate fast. We encourage each member to fast on Tuesdays and Fridays from 12 noon to 6 pm as we pray and stand in agreement for victory in our lives, in our homes and in our church.

>> V.O.T.E. EVERY DAY!
Jesus gave you the right to have Victory Over The Enemy.

“You therefore must endure hardship as a good soldier of Jesus Christ.  No one engaged in warfare entangles himself with the affairs of this life, that he may please him who enlisted him as a soldier.” 2 Timothy 2:3-4

Sometimes we will face hard-times. Endure it through Christ. Too many Christians are living a lie. What are the lies?

7 And lest I should be exalted above measure by the abundance of the revelations, a thorn in the flesh was given to me, a messenger of Satan to buffet me, lest I be exalted above measure. 8 Concerning this thing I pleaded with the Lord three times that it might depart from me. 9 And He said to me, “My grace is sufficient for you, for My strength is made perfect in weakness.” Therefore most gladly I will rather boast in my infirmities, that the power of Christ may rest upon me. 10 Therefore I take pleasure in infirmities, in reproaches, in needs, in persecutions, in distresses, for Christ’s sake. For when I am weak, then I am strong. 11 I have become a fool in boasting; you have compelled me. For I ought to have been commended by you; for in nothing was I behind the most eminent apostles, though I am nothing.

PAIN CAN ALSO BRING A CHANGE. WE DON’T ASK FOR IT BUT WE SHOULD LEARN FROM IT.

But may the God of all grace, who called us to His eternal glory by Christ Jesus, after you have suffered a while, perfect, establish, strengthen, and settle you. 11 To Him be the glory and the dominion forever and ever. Amen.

Don’t focus on the past–what you used to do, how things used to be. Older people tend to do that. Most of their life is behind them. This type of thinking can lead to regret. Younger people focus on the future. They are focused on what they want to achieve and do. Most of their life is ahead of them. This can keep you too busy and live life like you’re on a treadmill. God wants us to focus and press toward Him NOW!

The Road of Distractions is wide and leads to Hell. It is sin highway. Narrow is the gate that leads to eternal life.

The fruit of the righteous is a tree of life,
And he who wins souls is wise. Proverbs 11:30

“Let us hear the conclusion of the whole matter: Fear God and keep His commandments, For this is man’s all.” Ecclesiastes 12:13 New King James Version 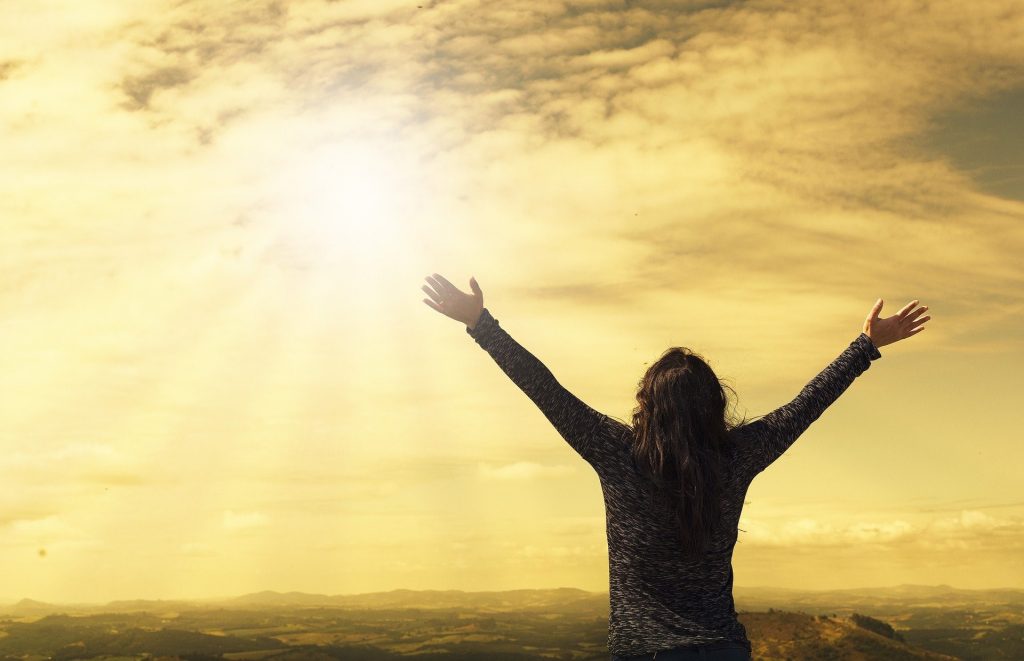 Focus Scripture: “I will bless the LORD at all times; His praise shall continually be in my mouth.” (Psalm 34:1)

WE CAN BLESS THE LORD BY…

3 John 1:4 New King James Version – I have no greater joy than to hear that my children walk in truth.

3. Loving the Lord and loving your neighbor. 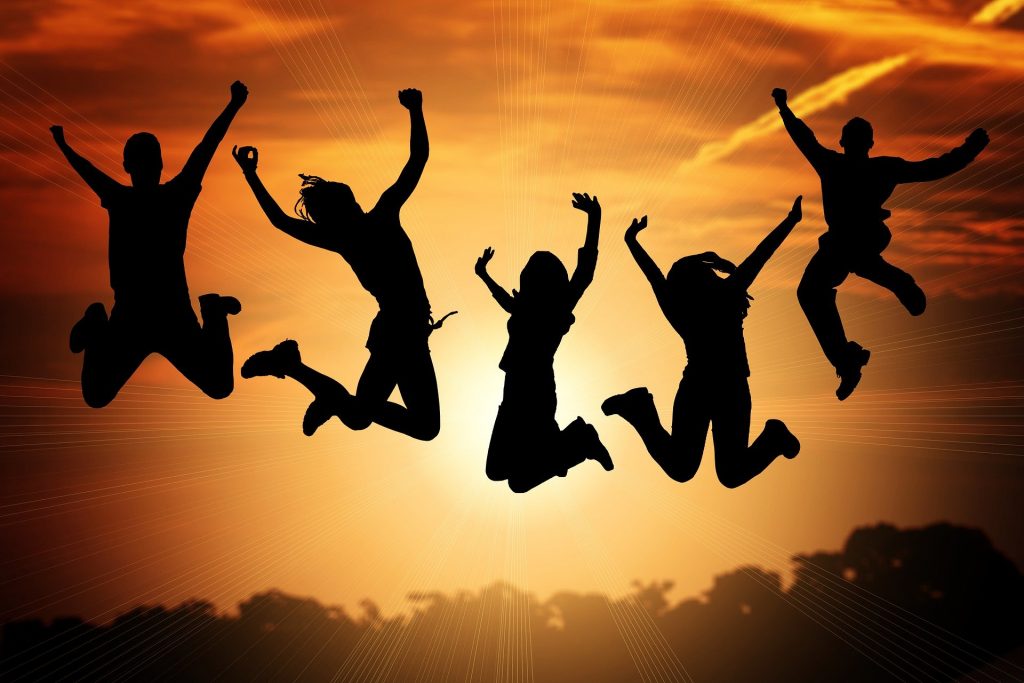 I am blessed AND I will bless God.

RESET your thinking and reset your life.

Example: Roaches don’t like light. When a light comes on, they run. When people persecute you when you are godly, it is because of God’s light shining through you.

19 “There was a certain rich man who was clothed in purple and fine linen and fared sumptuously every day. 20 But there was a certain beggar named Lazarus, full of sores, who was laid at his gate, 21 desiring to be fed with the crumbs which fell from the rich man’s table. Moreover the dogs came and licked his sores. 22 So it was that the beggar died, and was carried by the angels to Abraham’s bosom. The rich man also died and was buried. 23 And being in torments in Hades, he lifted up his eyes and saw Abraham afar off, and Lazarus in his bosom. 24 “Then he cried and said, ‘Father Abraham, have mercy on me, and send Lazarus that he may dip the tip of his finger in water and cool my tongue; for I am tormented in this flame.’ 25 But Abraham said, ‘Son, remember that in your lifetime you received your good things, and likewise Lazarus evil things; but now he is comforted and you are tormented. 26 And besides all this, between us and you there is a great gulf fixed, so that those who want to pass from here to you cannot, nor can those from there pass to us.’ 27 “Then he said, ‘I beg you therefore, father, that you would send him to my father’s house, 28 for I have five brothers, that he may testify to them, lest they also come to this place of torment.’ 29 Abraham said to him, ‘They have Moses and the prophets; let them hear them.’ 30 And he said, ‘No, father Abraham; but if one goes to them from the dead, they will repent.’ 31 But he said to him, ‘If they do not hear Moses and the prophets, neither will they be persuaded though one rise from the dead.’ ”

Lazarus was blessed because when he died, he died in Christ and went to heaven.

Acts 26:28-29 – New King James Version – 28 Then Agrippa said to Paul, “You almost persuade me to become a Christian.” 29 And Paul said, “I would to God that not only you, but also all who hear me today, might become both almost and altogether such as I am, except for these chains.”

DON’T DELAY RECEIVING JESUS CHRIST AS YOUR LORD AND SAVIOR.

MAKE UP YOUR MIND FOR CHRIST TODAY!

“For in Christ there is all of God in a human body; 10 so you have everything when you have Christ, and you are filled with God through your union with Christ. He is the highest Ruler, with authority over every other power.” Colossians 2:9 Living Bible

FOCUS TEXT: 2 Kings 5:1-14–Naaman is cured from Leprosy AND HIS BAD ATTITUDE)

–2 Kings 5:1-4 – Now Naaman, commander of the army of the king of Syria, was a great and honorable man in the eyes of his master, because by him the Lord had given victory to Syria. He was also a mighty man of valor, but a leper. 2 And the Syrians had gone out on raids, and had brought back captive a young girl from the land of Israel. She waited on Naaman’s wife. 3 Then she said to her mistress, “If only my master were with the prophet who is in Samaria! For he would heal him of his leprosy.” 4 And Naaman went in and told his master, saying, “Thus and thus said the girl who is from the land of Israel.”

–-2 Kings 5:9-14 – 9 Then Naaman went with his horses and chariot, and he stood at the door of Elisha’s house. 10 And Elisha sent a messenger to him, saying, “Go and wash in the Jordan seven times, and your flesh shall be restored to you, and you shall be clean.” 11 But Naaman became furious, and went away and said, “Indeed, I said to myself, ‘He will surely come out to me, and stand and call on the name of the Lord his God, and wave his hand over the place, and heal the leprosy.’ 12 Are not the Abanah and the Pharpar, the rivers of Damascus, better than all the waters of Israel? Could I not wash in them and be clean?” So he turned and went away in a rage. 13 And his servants came near and spoke to him, and said, “My father, if the prophet had told you to do something great, would you not have done it? How much more then, when he says to you, ‘Wash, and be clean’?” 14 So he went down and dipped seven times in the Jordan, according to the saying of the man of God; and his flesh was restored like the flesh of a little child, and he was clean.

Naaman thought God was going to deliver him a certain way. When the prophet told him something different, to dip in the dirty Jordan River 7 times, Naaman was offended.

–Philippians 2:2-4 New King James Version – 2 fulfill my joy by being like-minded, having the same love, being of one accord, of one mind. 3 Let nothing be done through selfish ambition or conceit, but in lowliness of mind let each esteem others better than himself. 4 Let each of you look out not only for his own interests, but also for the interests of others.

–Philippians 2:2-4 Living Bible – 2 Then make me truly happy by loving each other and agreeing wholeheartedly with each other, working together with one heart and mind and purpose. 3 Don’t be selfish; don’t live to make a good impression on others. Be humble, thinking of others as better than yourself. 4 Don’t just think about your own affairs, but be interested in others, too, and in what they are doing.

Stubbornness and a bad attitude are married together.

WE HAVE TO FOLLOW GOD’S FULL INSTRUCTIONS TO GET A THE BREAKTHROUGH.

WHAT RIVER IS GOD TELLING YOU TO DIP IN 7 TIMES? If we humble ourselves and repent, God will deliver us too.

“If My people who are called by My name will humble themselves, and pray and seek My face, and turn from their wicked ways, then I will hear from heaven, and will forgive their sin and heal their land.” 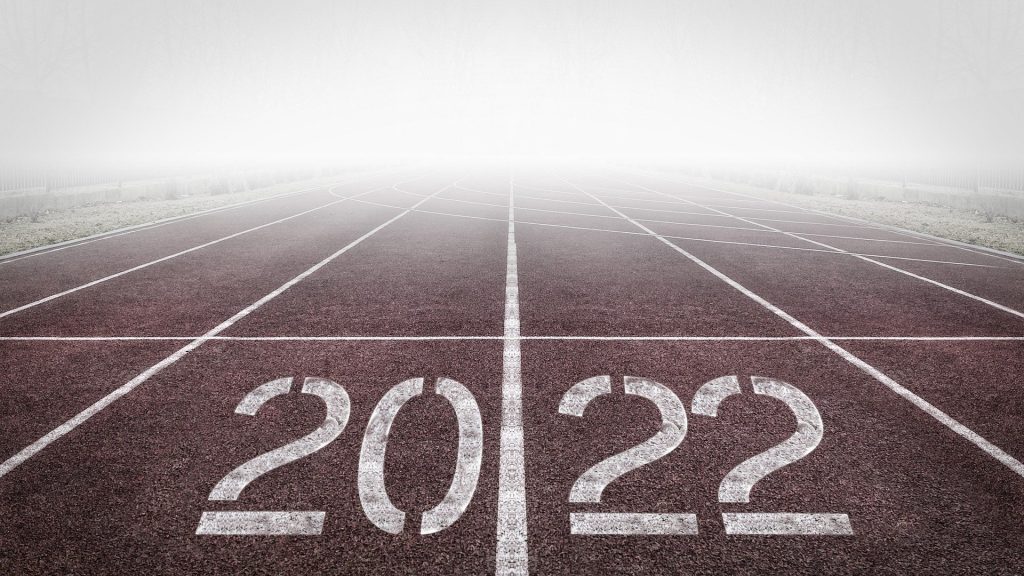 “No, dear brothers, I am still not all I should be, but I am bringing all my energies to bear on this one thing: Forgetting the past and looking forward to what lies ahead, I strain to reach the end of the race and receive the prize for which God is calling us up to heaven because of what Christ Jesus did for us.”

The Lord is concerned about every area of our life, and He wants His children to experience all the benefits of our salvation. Prepare yourself to breakthrough setbacks so you can have a COMEBACK. The Victory Life CHALLENGE POINTS FOR THE TOTAL MAN FOR 2022 are as follows: 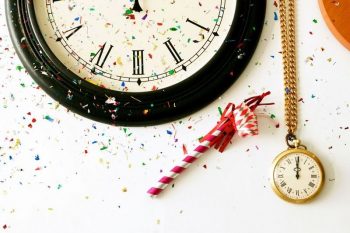 It’s Time for Your Reset through Christ.

You will only be tempted by what you desire.

Who determines whether your mind is “made-up” or not? You do.

So how do we move from doubt and instability to victory? Keep reading. >>Click here to view or download the notes. 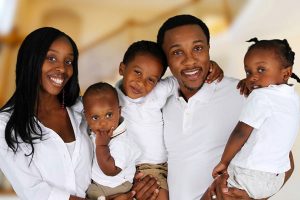